Head Neko In Charge!
M/30s/Adyghe-American
All pictures depicted are 10,000,000+ year old artefacts from a lost Antarctic echinoderm culture.
Fiction only (except for consenting adult stuff)

I now require approval of followers. I don't care if you're a bot or a blank account, but I am tired of MAPs and bigot trying to follow me. Pedos and Nazis FUCK OFF!

I am available for commissions. For 5USD by PayPal you get a sketch scan, cleaned up lines and full colour of 1-2 characters!

I will consider drawing lewds and nudes of any fictional characters, but there will be characters that I won't draw.
I draw things in a cartoon style, and I will not do true-to-life 3D.
I will not draw rape.
I will consider violence if it is canonical or serves a moral purpose.
For some of the more visceral kinks, I reserve the right to refuse. I will most likely NOT draw scat. 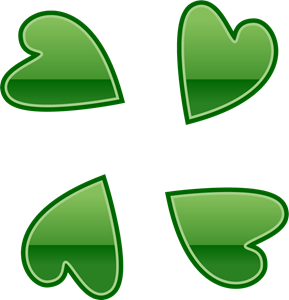 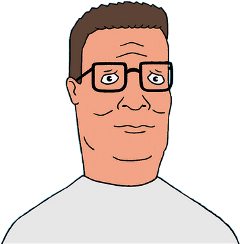 If countries were game shows:

'Twas midnight, December the 1st,
And any climax would do in a pinch,
For none had nutted the previous month
Not even the wicked old Grinch!

This week I am going to work on a pic with Bit who belongs to @illyasonii
Plus, I am working on the Dreaming map, but that may take weeks to finish.

It's weird that I have to state this even though this site 100% states that these people are not allowed on here but:

If you are someone who is an actual map/pedo and state that you like the "real" shit in anyway, carry the flag, etc. then I don't want you following me, I want you gone, die or something.

I have had only one instance, guy had the flag and stated some actual fucked shit in their posts and bio, but so far no other incidents.

Dead serious, goes for the zoos and necros too. Not ok

The Randolph Carter pic isn't working out, so I am going to do more thinking on it

Oh look at that, it's Black Friday.
Bought myself a scanner online, but if any of you actually go to a shop... treat each other, and specially the store clerks, nicely. No one, on any end, enjoys being a part of this mess we've gotten ourselves into.

Oblivion, that there memories might be erased, purging them of trauma and wickedness!

Oz is ruled by a just and true empress, the beloved Princess Ozma!
Oz is a land filled with treasure, but its only currency is love! If a denizen wants something, everyone else strives to provide it out of love. An artist thrives by using their abilities to produce art to bring joy to others!
Education is achieved through pills and practical activity.
There are no jails in Oz, and the gravest punishment is to drink from the fountains of Truth (that they might be ever truthful) and ...

Clearly, the majority of Baraag must be ignorant of Oz save for the classic MGM movie, the crappy Disney prequel, or Wicked!
Oz has more lolisho per capita of all the lands of lore, and that is among the least of facts to recommend it!
Those that come to Oz have their age fixed upon their first arrival, and become immortal! Although you return to your true age upon crossing the Nonetic Ocean, you revert to your fixed age upon returning to the fairy land!
...

11 hours to go. You know which one I am pulling for, but Wonderland is going strong. I am amazed that Narnia is doing so well. I thought the books were rather basic and the fantasy unoriginal.

If I am thankful for anything other than being alive, it's Baraag continuing to thrive! Thank you @satori for this instance!

A solemn Day of Mourning to all. Be thankful for those of your family that live, and remember those who have joined the Great Spirit.
And remember, tomorrow is not a celebration of crass consumerism, but the national day of American Indian Appreciation.↖️⬆️↗️

BTW, I am going to work on drawing a map of my Dreaming. It will incorporate the Dreamland map derived from the writings of Lovecraft, but will feature other literary and mythical locations, as well as the main setting of my Dreaming stories/drawings, Shad-u-kham, the labyrinthine midnight-city of dreams and nightmares

Head Neko In Charge!
M/30s/Adyghe-American
All pictures depicted are 10,000,000+ year old artefacts from a lost Antarctic echinoderm culture.
Fiction only (except for consenting adult stuff)