Discord
In a bit

Spicy Blender Ho! I make 3DCG art!
To support me and my work, you can join my fanbox, or shoot me a commission request.
I also accept payment and tips in
Dogecoin: DBMGi1sFc2UqmUmxZHQhfY1WsgG1Tw5EwG

Yay! Schedule complete! Now I can just pin this and not have to announce it every time. Though I probably still will XD
As always the stream is at https://newsite.pomf.tv/stream/EroKord

Here's a low quality render of a quick animation I'm getting ready. A lot less complicated than the last one XD
Vid: https://files.catbox.moe/drythw.mp4

DiceySpikes🇵🇷🏴💛 @[email protected]
If you are a lolicon pls boots bookmark this.

Creddits goes to kyoshourz back on minds for doing research god bless our loli vets.

Yes, Lolicon is legal in the United States!
Does this answer your question?

Further of note, the excerpted text and link is from a brief to the Supreme Court by the then Attorney General to overturn the 9th Circuit which ruled the CPPA violated the constitution by being overly broad.

What this means is the people arguing to keep the CPPA in place with an expanded definition of CSEM to include realistic 3D depictions agreed that drawn art and cartoons were protected speech.

Moreover SCOTUS still upheld the 9th Circuit and struck down CPPA as overbroad and unconstitutional on April 16, 2002.

"The Supreme Court denied the last appeal of the Government from an Appeals Court decision that turned down the enforcement of the Child Online Protection Act (COPA).

The Appeals Court held COPA unconstitutional on the ground that COPA made every web communication provider abide by the most restrictive community's standards."

EPIC had challenged the implementation of COPA over ten years ago and had been fighting the case along with the ACLU and the EFF. EPIC argued that COPA violated the First Amendment as well as privacy of the individual on the internet."

Lastly. "But what about the PROTECT ACT".

COPA was struck by SCOTUS as unconstitutional in ACLU v. Mukasey on Jan. 21, 2009. It's in the post you are responding to. That's the part which would have allowed them to charge a host for lolicon (such as Minds).

I've researched the Protect Act. Here's what has been done with it so far:

------------------------------------
In 2008, Christopher Handley, a "prolific collector" of manga, pleaded guilty to charges related to the PROTECT Act, in exchange for a six-month plea deal, five years of probation, and forfeiture of his collection of manga and anime that had been seized by police. He was facing a maximum sentence of up to twenty years.

While not convicted by a jury, he was the first person charged under the PROTECT Act for the lone act of possessing art deemed obscene, in the form of seven manga graphic novels ordered from Japan. In the case United States v. Handley, district court Judge James E. Gritzner ruled that two parts of the PROTECT Act that criminalized certain depictions without having to go through the Miller test were overbroad and thus unconstitutional.

Handley still faced an obscenity charge. ​Both prosecutors and defense attorneys noted that the plea deal was due to the high risk of a constitutional challenge, and the federal government agreed that Handley would not be required to register as a sex offender.
------------------------------------

What did this mean?

Handley took a plea deal and was not charged under the Protect Act because the prosecution realized the Protect Act itself would not survive Constitutional challenge, as the Judge in the case had already indicated.

The video is out! You can watch it over on my fanbox, or wait for a week when it'll be released publicly!

exhausted as fuk.. i wont do any tentacle for a while..atleast not at this scale

Stream tonight is delayed until my render finishes. which is likely tomorrow or Monday.

https://pomf.tv/stream/EroKord late stream to make up for yesterday, just gonna finish off MK Annihilation and try and finish off this Sarah scene.

he rest of the one off animation. Intended for a stream, but the stream died halfway through. rendered out 4 angles in a slightly smaller than average format.

Unfinished #loli #animation from a long time ago. Some of my OCs in early *ahem* development.


(btw can't say how long I'll leave this up, so get it. And support the arts at dvd.fanbox.cc and gumroad.com/dvdchan) 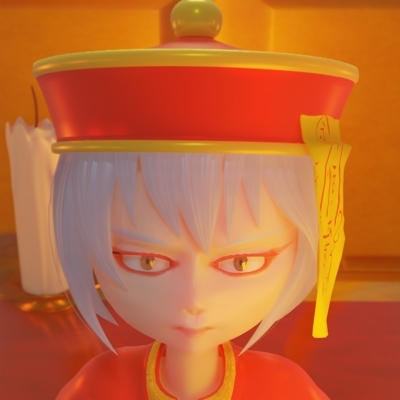 Tail plug, an idea for @EroKord as a free request.

Anyone can get download it for free, but you're welcome to support me on ko-fi too!

https://pomf.tv/stream/EroKord Some non-spicy Aerith work today! Perhaps I may even switch it up when I'm done and make versions for Cloud Zack and Sephiroth.

Hey guys forgot what day it is. Gonna grab something to eat and then start streaming. my bad. I'll update when I'm online Time for another biased poll.

Do you know what CC and BCC stand for in eMail without having to look it up?

I would appreciate it if you boosted this toot. :-)

Wow! My old banner was a celebration for when I hit 3,000 fans on there. Been quite a while since I updated it. (still on my to-do list)

Meanwhile, here is a little streamer girl who ALSO seems to have hit 15,000 fans recently too! Wonder how she did it?

You've been camping with your daughter over spring break. Having a LOT of fun. You were upset because if her friend was coming to stay the "fun" would be stopping. So you pick her up and on the way to your camp pull over to take a piss. As you get back to the car, you realize the fun isn't stopping, it's just starting. She gives you a wink and you know you're gonna be a bit late getting back to camp. 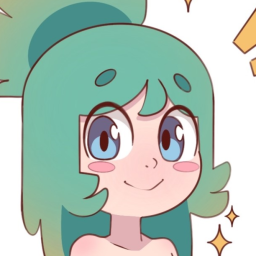 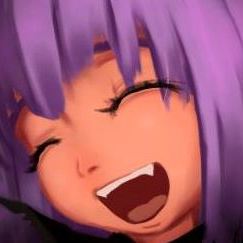 Here's 1 of 4 angles of an animation I made today. The rest will be up in a week.

Discord
In a bit

Spicy Blender Ho! I make 3DCG art!
To support me and my work, you can join my fanbox, or shoot me a commission request.
I also accept payment and tips in
Dogecoin: DBMGi1sFc2UqmUmxZHQhfY1WsgG1Tw5EwG